Our five minutes of fame 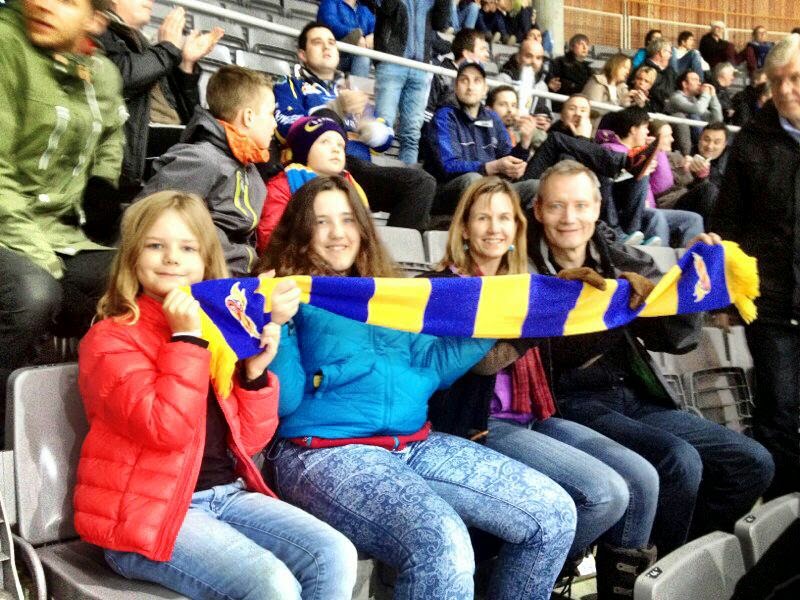 Today was certainly a day of contrasts. We spent last night at cabin at Trysil on the lake, and had a beautiful morning playing on the snow and ice. Then we drove back to Hamar in time for the ice hockey match where we were interviewed as the Australian family who'd travelled the longest to see the Storhamar Dragons beat Vaalerenga 3:2 in the last 23 seconds. (Of course, my five minutes of fame would be the only day this trip I  hadn't brushed my hair or put on make-up but as my daughter says, 'When you're as old as you are, mummy, does it really matter?'

Twenty years ago Eivind took me to my first ice hockey match at the  then newly built stadium, just after we'd just left living in Botswana and he was introducing me to his Norwegian family before we took up our year's flying survey contract in Namibia.

Tonight was lots of fun. It's wonderful to be part of such a large, welcoming family.
Posted by Beverley Eikli aka Beverley Oakley at 3:44 PM