Nice to be Editor's Choice 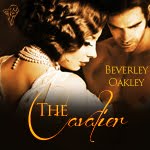 The Cavalier is about a beautiful Puritan woman whose castle is being beseiged by the Cavalier lover she was forced to relinquish eight years before. It was one of four in Total-e-Bound's Bodices & Boudoirs' collection, which included titles by myself, Maria Claire-Payne, Alysha Ellis and Natasha Blackthorne.

Unfortunately, though it was published in August, it seems to have slipped under the radar, though last month it got a fabulous review from Two Lips Reviews. On the TEB site it was the only one of the four  stories - all 20K - that had a title that didn't start with 'A' so it looks like there are only three stories in the collection as readers have to go to 'T' to find 'The Cavalier'.

I was disappointed that it didn't get any kind of reception at all and continues to languish, forgotten, because it was, I think, a great story, full of conflict and with a good twist in the storyline. Still, Icy Snow from Two Lips Reviews gave it 4 stars with the following review:

Eight years before, Elizabeth suffered numerous beatings by her father because she wished to marry Cavalier Charles Threthveyan. At last, when she realizes her suitor has given up and abandoned her, she marries the man her father has chosen, Puritan Silas Drummond, who has long lusted after her, though he’d never admit it. Now, Drummond is besieged by Royalist forces and Elizabeth and her husband are captives of Captain Reynolds, the King’s Man, and his second-in-command, her former suitor.
Striking a bargain with Reynolds to spend the night with both men in return for her husband’s safe release, Elizabeth doesn’t count on the response she has to Charles’ nearness. He swears he still loves her, asking for a charade of seduction to save her honor. Elizabeth agrees but can’t hide her own desire and soon their pretended lust becomes all too real. Or has it? Before his commander, Charles becomes the callous seducer. In private, he’s the protective lover she once knew. Elizabeth has been charged by her husband to poison both Charles and his commander. She goes to an arranged meeting bearing the vial containing the fatal dose, but will she use it on Charles and Reynolds, or on herself? Can she free her husband though it would mean losing forever the man she really loves, or will she once more try to fight for the chance for happiness?
Beverley Oakley has created in The Cavalier a short but intriguing historical piece, giving a great deal of insight into the war in which the Cavaliers and the Puritans participated. Even for such a limited length, the characters are well-delineated, and their aims and desires equally explained. Elizabeth is torn between wanting to believe Charles and keep her original assessment of him intact in spite of how she sees him now conducting himself.
Charles has to redefine his ideas of why Elizabeth jilted him in light of what he was told and what he now learns. The contrasts between the beliefs of the Cavaliers and the Puritans and the war they fought is defined and explained, and Elizabeth’s dilemma in meeting again her lost love, of whether to believe him or accept the public face he shows of the callous libertine is well set up. I’d definitely like to read a longer work by this author.
Posted by Beverley Eikli aka Beverley Oakley at 3:25 PM No comments: 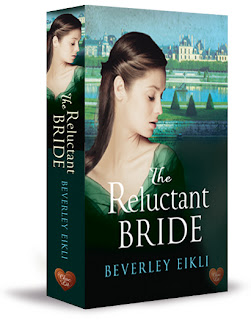 Late this afternoon my lovely editor, Rachel, sent me my edits for The Reluctant Bride. There were lots of them but they were spot on, echoing as they did a vague disquiet I had about certain aspects, such as timeline, coincidences and the need in one or two areas to subtly erase the perception that my hero was just a little too patient with my heroine to be believable.

I'm looking forward to getting my teeth into them. I love the challenge of making plots rich, convoluted but, ultimately entirely plausible. And that is my challenge before May 8.

Meanwhile I have another book to get to my editor at Ellora's Cave. In fact, by this afternoon I hope to have sent in Book 2 in my Lady Partington series. Two Dangerous Gentlemen will follow Her Gilded Prison which was released last week.

Then it's headlong into planning for our motorbike/camping trip through California and Nevada before DH returns to Australia to look after the kids and I carry on to Kansas City for the Romantic Times Convention.


Posted by Beverley Eikli aka Beverley Oakley at 9:54 PM 2 comments: