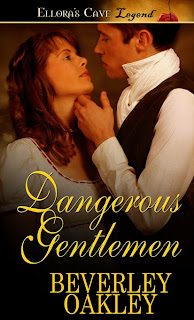 It's a dual personality day today. Right now I'm promoting my Ellora's Cave series, now that DANGEROUS GENTLEMEN is about to go to edits. It's the sequel to HER GILDED PRISON, a story of forbidden love between an older woman and a younger man - whose futures are determined by a bet over mating spiders.

(Here's a blurb for DANGEROUS GENTLEMEN, and you can read an extract, below.)

An innocent debutante, embroiled in the Regency underworld, becomes a prostitute to save her own life but when her new “protector” is falsely branded an enemy of the Crown, there’s nothing she won’t do to see his name cleared.

BUT I'M ALSO ...
... also off to visit the local country libraries in the beautiful Macedon Ranges after delivering my 8-year-old to do Circus Arts during these school holidays.

There are 3 things I'm hoping to achieve.
The first is to advertise the course I'm teaching at the local Macedon Ranges Further Education Centre in Gisborne on HOW TO WRITE A ROMANCE - AND SELL IT.
It's a 6 week course held on a Tuesday at 9.30am and it's been well received, both locally and in Melbourne where I teach at at the CAE (Centre of Adult Education) in Flinders Lane on Saturdays from 10am to 1pm.
The last Saturday is the day after tomorrow but the CAE is running another course next semester.

I'm off to sell my History Through Costume Talks, below:

How restrictive (and dangerous) were the devices used by the Regency and Victorian woman to achieve the ideal silhouette and complexion?

Dressed in a 1780s polonaise, and assisted by mannequins in Regency and Victorian dress, Choc Lit author Beverley Eikli will describe the many layers needed to create the silhouette of the day, and explain how fashion was affected by social unrest and political upheavals.

This is partly to promote my September release, published by Choc Lit  under my Beverley Eikli name, The Reluctant Bride.

The above proposal is also what I'm pitching to run at the New Orleans Romantic Times Convention next May.

ALSO...
This week, my publisher Total-e-Bound put up my Hot Shots Free Read - THE ENEMY WITHIN - about lust and revenge in the aftermath of the French Revolution. 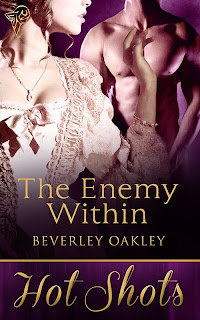 Posted by Beverley Eikli aka Beverley Oakley at 3:04 PM